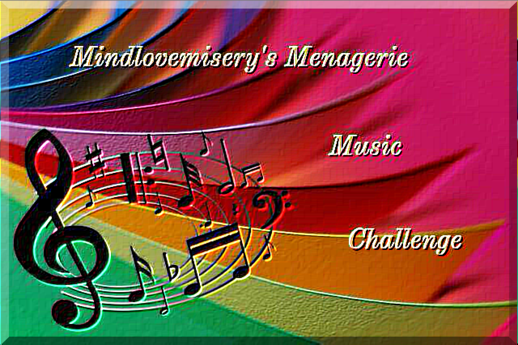 In 1960, the Gamblers recorded ‘LSD-25’, which was the first rock surf music song ever to pay tribute to a hallucinogen.  This song has an interesting history mostly because this band was so obscure and shrouded in mystery that not one photo exists of them.  There are some timeless records (those that set a trend which tends to followed for years if not decades after the recording) where you can look back at retrospectively and see that while they seemed unimportant at the time, they signaled a huge change in the musical culture.  This Gamblers single ‘Moon Dawg’, backed by ‘LSD-25’ is one of them.  Most of their music consists of two guitarists, bass, drums, and keyboards, but people have said that up to fifteen people have been credited as having been members of the group.

Since you can’t believe everything that you read on the internet, I decided to do some of my own investigation.  Most of the people who involved recorded this song or that were members of this group are long gone now and other issues concerning people getting a writing credit on a song that they did not participate in the creation of, along with record keeping systems not being as good as what we have today, make tracing anything about this a bit difficult.  It is also a very involved story which is a bit complex, but I will try to cut through all the drama.

Nik Venet stated that originally this group was going to be called Nik and The Gamblers and they consisted of Bruce Johnston playing piano, James Burton on lead guitar, Sandy Nelson on drums, and Larry Taylor on bass.  Kim Fowley of the Hollywood Argyles was reported to be on the session along with Richie Podolor engineering, but Fowley said that he wasn’t involved on this recording.  Elliot Ingber said that the group was a quintet made up of Ingber, Larry Taylor, Derry Weaver, Howard Hirsch, and Rod Schaffer.  Another article also had this group as a quintet with Derry Weaver, Larry Taylor, Elliot Ingber, Bruce Johnston, and either Rod Schaffer or Sandy Nelson, but this does not seem right either, as Bruce Johnston said that he has no memory of the record and another report said that Derry Weaver was a member of this group after this recording.

The thing that makes the most sense is that this group consisted of the same musicians who are listed as being on the A-side record ‘Moon Dawg’, so that would be Derry Weaver (lead guitar), Larry Taylor (bass), Bruce Johnston (piano), Elliot Ingber (rhythm guitar) and Rod Schaffer (drums), but then I read that Derry Weaver joined the Gamblers after this recording, so I was not able to produce a cohesive listing of the band members.  Another article said the composer and founder of that group was Art Wiggs, but I was not able to find any other articles to back this up, so like Alice in Wonderland this song kept getting curiouser and curiouser, the more I looked into it.

Wikipedia said that the group was led by primary songwriter Derry Weaver, with other members including Elliot Ingber, Larry Taylor, Bruce Johnston, and Sandy Nelson and that this song was recorded in late 1959.  In 1961, the group disbanded, but many of the members went on to have successful music careers of their own.  ‘LSD-25’ was written by Weaver and Sam Taylor after the pair read about the hallucinogenic drug in a magazine, but since it is an instrumental surf song there is no drug content in this song beyond the title and at this time people just started learning about LSD, so it had not been assimilated into mass culture yet.

The whole point of this MM Music challenge is to get you to think, to trigger something so that you can show how creative you are and everyone is welcome to participate.  This challenge is very loose, so pretty much whatever you come up with will be acceptable.  I try to throw some ideas out there for you and if they seem right, then go with it.  You could write about being involved in an investigation of any type.  Mindlovemisery’s Menagerie brings you a dose of fetish, good friends and an incomparable muse and next Friday Dylan Hughes will be here on June 18 with her First Line Friday.  I will be back on Friday, June 25 with another MM Music Challenge where we will discuss the song ‘Gimme Shelter’.  You can either create a ping back to this post, or place your link in the comments section below.

My About Me section is meant to provide my readers with an honest picture of myself that gives a little bit of background information on who I am and I will wrap this up with a catchy image. I am a story teller and I like to use my imagination. I am interested in many things, but a few of my favorites are watching the NFL and playing golf. I do not like onions and I always make sure that my food does not contain any. I had two wonderful parents, my dad Herb Adams was a television repairman and my mother Mary Adams was mostly a stay at home mom. They are both deceased now and I miss them. I am a retired Electrical Engineer specialized in control systems. I held many different positions because I worked mostly as a consultant. I did work as a Substitute Teacher, for a while, but the kids were awful. I am happiest when I am writing, as this gives my life has a purpose. Forming a sentence with meaningful words that articulate my inner feelings is an everyday quest for me. Every writer needs to tell their story, and all writers have their own style. All stories starts off with characters, who are able to entertain the reader. Creating realistic lovable characters is the best way to tell a story. If you are able to develop characters that become real to you, then you will know exactly what they will do say and do next and this lets your story progress to the completion. Writing changes everything and having the calling to create something new through the power of words is much more than just making marks on a page. Once written, a book can be used by many people to learn and be entertained. The act of writing can be compared to the Heisenberg Uncertainty Principle as it contains an inherent fuzziness, because various people may derive different meanings from reading the same words. You can never know the true nature of written words and the best I can do is hope is that people will understand the meanings that I am trying to convey. There are no clear-cut laws on how to write and it is impossible for me to determine how my readers react to my books.
View all posts by newepicauthor →

This entry was posted on June 11, 2021 by newepicauthor in Music Prompt and tagged MM Music Challenge.