I heard this earlier this week, watched the video somewhere, so I hope you like and are inspired by this week’s music choice: “Diamonds Are a Girl’s Best Friend” sung by Marilyn Monroe. 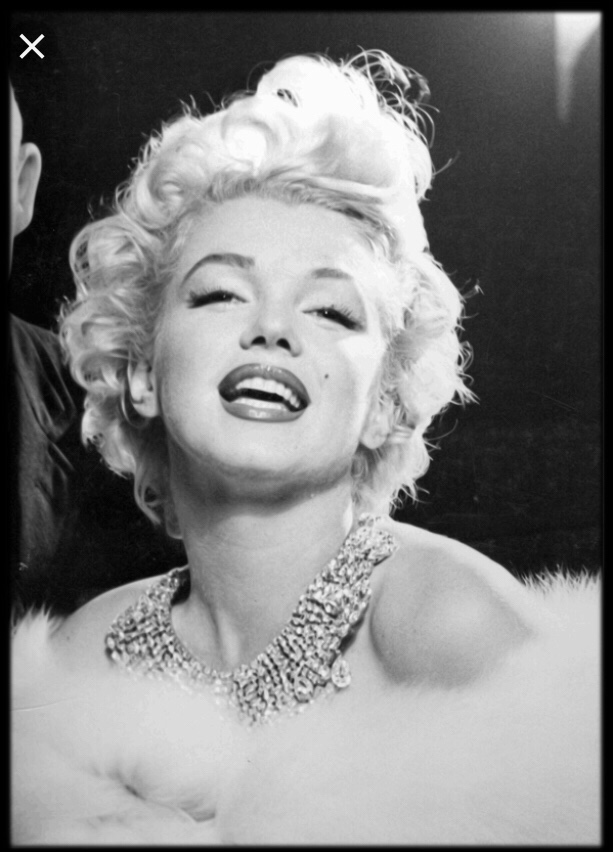 ” ‘Diamonds Are a Girl’s Best Friend’ is most famously performed by Marilyn Monroe in the 1953 film Gentlemen Prefer Blondes. Monroe’s character, Lorelei Lee is followed on a Transatlantic ocean liner by a detective hired by her fiancé’s father. Her father wants the assurance Lorelei is not marrying purely for money.

Then, Lorelei’s father is informed of compromising pictures taken of her with a British diamond mine owner and cancels her letter of credit before she arrives in France. Thus, she must work in a nightclub to survive. Later, her fiancé arrives at the cabaret to see her perform ‘Diamonds Are a Girl’s Best Friend,” which is about exploiting men for riches.

Diamonds are a theme in the film, as Lorelei is given a diamond tiara by the mine owner, in gratitude for her recovering the compromising photographs. Most of the song is sung by Monroe, but she needed help in two phrases – “These rocks don’t lose their shape, diamonds are a girl’s best friend”, and at the beginning with a series of high-pitched “no’s”, all of which were dubbed in by the soprano Marni Nixon, in the movie.

As well, the song was listed as the 12th most important film song of all time by the American Film Institute. Monroe’s rendition of the song has been considered an iconic performance and has since been copied by many entertainers.

The song featured in the 2001 film Moulin Rouge!, in which it’s sung principally, by Satine, the (fictional) star performer of the famous Moulin Rouge nightclub in Paris. The movie was a musical adaptation that director Baz Luhrmann titled “Sparkling Diamonds.” However, it consists of an adaptation of  ‘Diamonds Are a Girl’s Best Friend‘ differing from the version in Gentlemen Prefer Blondes (Wikipedia.com).”

Use ‘Diamonds Are a Girl’s Best Friend” sung by Marilyn Monroe (or Nicole Kidman) for inspiration to any form of creative expression (including but not limited to short stories, poems, lyrics, artwork, photography, (etc.). Alternatively, if you are a musician, use this as an opportunity to showcase your own work.

What do the lyrics inspire in you? Do you feel that Marilyn’s character in the movie just wanted to use men for money? Or did she really love him? Do you have memories of watching this film or hearing this song in the background?  You can always use pieces of the lyrics to inspire you. Any creative form goes, within reason.

“Diamonds Are a Girl’s Best Friend” sung by Marilyn Monroe

Tiffany’s!
Cartier!
Black Star
Frost Gorham
Talk to me Harry Winston
Tell me all about it!

Diamonds! Diamonds!
I don’t mean rhinestones!
But diamonds are a girl’s best friend