For this week, I felt inspired by the song “We Own the Night” by the country band, Lady Antebellum. I love most of their songs, but there are always a few that stand out for me at particular times. This song reminds me of summer memories and good times past. Times that are ephemeral but, nonetheless, deeply meaningful. 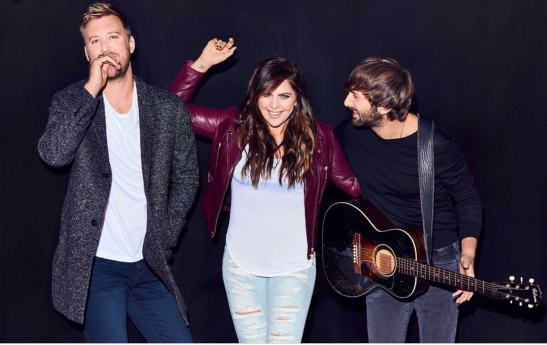 “We Owned the Night” by Lady Antebellum

The band explained that their name comes from when the group did a photo shoot in historical costumes in antebellum houses. In American history, the Antebellum era refers to the period before the Civil War in the Southern U.S., before slavery was abolished.

The trio began performing at local venues in Nashville before being signed in July 2007 to a recording contract. Lady A’s solo debut single “Love Don’t Live Here” was released in September 2007, with a music video. It was their lead-off single for their self-titled, Lady Antebellum, album, which was the first album by a new duo or group to debut at Number One on the Billboard Top Country Albums.

On May 2, 2011, the group released the first single from their upcoming album, titled “Just a Kiss“. It was a commercial and critical success, debuting and peaking at number 7 on the Billboard Hot 100; their highest debut on the chart.

With “Just a Kiss,” Lady A announced their third album called Own the Night. For singles were released from Own the Night including, “We Owned the Night”, “Dancin’ Away with My Heart” and “Wanted You More.”

On January 19, 2017, Lady A released their single “You Look Good” as the first on their seventh studio album, Heart Break. The album included promotion for Lady A’s You Look Good World Tour. The band currently co-headlines the Summer Plays On Tour with Darius Rucker this summer, in 2018. (Wikipedia.com).

Use “We Owned the Night ”by Lady Antebellum as a source of inspiration for any form of creative expression (including but not limited to short stories, poems, lyrics, artwork, photography, (etc.).

What do the lyrics inspire in you? Do you have any cherished but fleeting memories? What are some or one of the most memorable moments (evenings) of your lifetime? Do you regret those fleeting memories not becoming something more?

You can always use pieces of the lyrics to inspire you, as well. Anything goes, within reason.

We Owned The Night” by Lady Antebellum

Tell me have you ever wanted

Someone so much it hurts?

Your lips keep trying to speak

But you just can’t find the words

Well I had this dream once;

I held it in my head

She was the purest beauty

But not the common kind

She had a way about her

That made you feel alive

And for a moment

We made the world stand still

You had me dim the lights;

The wine spilled on your dress

And all you did was smile

Yeah, it was perfect

I hold it in my mind

When the summer rolls around

And the sun starts sinking down

I still remember you

Oh, I remember you

And I wonder where you are

Are you looking at those same stars again?

Do you remember when?

We woke under a blanket

All tangled up in skin

Not knowing in that moment

But it was perfect;

I never will forget

When we owned the night