Today, I’m sharing a song from a country artist whose songs touch me deeply. Her newest single is a delight. I love most of Carrie Underwood’s music and have thought of using certain songs of hers for the Music Challenge Prompt. This week’s song is her newest single, “Cry Pretty.”

Anyone’s whose seen or experienced tough pain from a small child’s goose egg, to a confused Alzheimer’s patient’s tears, to the personal pains of broken relationships, to death and loss, knows that painful and frustrated tears aren’t attractive.

A red face, eyes watering and swollen with tears, snot and wet Kleenexes, aren’t ‘pretty.’ Mascara and eye makeup only makes tears worse. Not even waterproof makeup is weep-proof. At least, crying releases the same endorphins and serotonin as laughter. 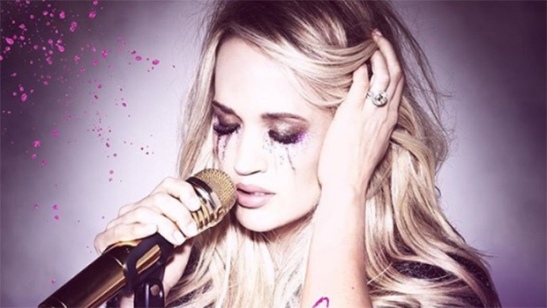 “Carrie Underwood wasborn March 10, 1983. She is a songwriter and actress from Muskogee, Oklahoma, US. She was raised on her parents’ farm in the rural town of Checotah. Extremely hyperactive, she was diagnosed with attention deficit hyperactivity disorder at age five and was prescribed Ritalin and Dexedrine, medicines she takes as an adult.

During her childhood, Underwood performed at Robbins Memorial Talent Show, and sang at her local church. She later sang for local events in Checotah and rose to fame as the winner of the fourth season of American Idol, in 2005.

Her debut album, Some Hearts, was released that year and was aided by the crossover success of the singles “Jesus, Take the Wheel” and “Before He Cheats.” It became the best-selling solo female debut album in country music history.

Thelead single from her upcoming sixth studio album, “Cry Pretty” was released on April 11, 2018. She performed the single for the first time at the 53rd ACM Awards” (Wikipedia.com).

Use “Cry Pretty”by Carrie Underwood as a source of inspiration for any form of creative expression (including but not limited to short stories, poems, lyrics, artwork, photography, (etc.).

What kinds of things wear you down and cause you to cry, even if it’s in silence? What made you cry as a child? Would you agree with Underwood that nobody can physically look good (or have it together) when something bothers you so much it makes you cry? Do men cry as much as women?

You can always use pieces of the lyrics to inspire you, das well. Anything goes, well, within reason.  

I’m pretty good at keeping it together

I hold my composure for worse or for better

But sometimes my emotions get the best of me

And falling apart is as human as it gets

You can’t hide it, you can’t fight what the truth is

You can pretty lie

You can pretty smile

And just walk away

Pretty much fake your way through anything

But you can’t cry pretty

Oh no, you can’t dress it up in lace or rhinestones

Yeah, it’s all the same when you’re looking in the mirror

A picture of pain

You can pretty lie

You can pretty smile

And just walk away

Pretty much fake your way through anything

But you can’t cry pretty

You can’t turn off the flood when the dam breaks

When all your mascara is going to waste

When things get ugly you just gotta face

That you can’t cry pretty

You can’t turn off the flood when the dam breaks

When all your mascara is going to waste

When things get ugly you just gotta face

No, you can’t cry

No, you can’t cry

No, you can’t cry pretty…