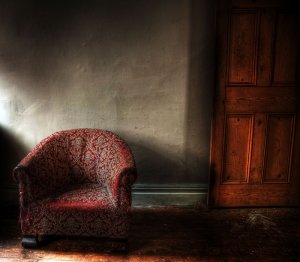 taffmeister (Sounds of Silence on deviantart.com)

In December 2015, the heavy metal band, Disturbed, fronted by David Draiman, released a cover of Simon and Garfunkel’s iconic, the Sound of Silence (1964). I’ve included 3 versions of the song: a performance by Draiman and Disturbed on the Conan O’Brien show; the band’s official music video, and an unadorned version by Simon and Garfield as originally recorded in 1964.

Do mid-1960s lyrics resonate within the 2015/16 world? Does the music video and Simon and Garfunkel’s 1960s imagery convey the same meanings? Is this heavy folk or folk metal or a hybrid? Just a few things you might consider as listen. Listen with open ears: are you dismayed or relieved at the “heavy metal” quality of Draiman, et.al’s version. And, don’t let the facial piercings distract you.

Hello darkness, my old friend
I’ve come to talk with you again
Because a vision softly creeping
Left its seeds while I was sleeping
And the vision that was planted in my brain
Still remains
Within the sound of silence

And in the naked light I saw
Ten thousand people, maybe more
People talking without speaking
People hearing without listening
People writing songs that voices never share
And no one dared
Disturb the sound of silence

Fools, said I, you do not know
Silence like a cancer grows
Hear my words that I might teach you
Take my arms that I might reach you
But my words, like silent raindrops fell
And echoed in the wells of silence

from the album Immortalized

This is the absolute original version, 1964 from the album “Wednesday Morning, 3 AM.” Without their knowledge, the song was remixed with additional instruments and re-released in 1966. Brought the two back together, and well the rest is history.

As usual on our Friday soirees at mlmm, we accept everything and anything: selfies; sonnets; photographs; prose; poetry; art; drama; or karaoke. Kindly tag your post with Mindlovemisery’s Menagerie and Friday Music Challenge. Create a ping-back to this post. Then jump back here and click on our designer link-up button. You can also leave the url to your post in the comments section.

I accept suggestions, and take requests. Leave in the comments section, or email me at darkenedhouse@yahoo.com.