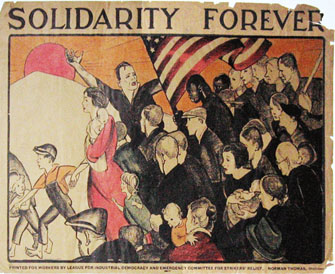 Hello everyone – this is Jen filling in for Anja at the Fairy Tale prompt.

Back before Christmas, I wrote a haiku about a dragon.  Then one of my readers responded by saying, “I’m glad to see that someone is finally standing up for dragons … man, they’ve gotten such an undeserved bad rep over the years.”

I responded by singing “Solidarity Forever”, and we batted around some dragon rallying cries and slogans.  Then another blogger joined in – agreeing that dragons do indeed need some good publicity! Then it hit me – this might be a good idea for a MindLoveMisery’s Menagerie post someday.

So – here’s your challenge for this week:

Evil King Badinoff has issued an edict saying that all dragons must be “properly licensed”, must buy their sulfur supplements from 1 of 3 officially sanctioned stores, must pay a nuisance tax, and must not be seen on public streets between the hours of 9 PM and 9 AM.  Dragons who break the rules will be hunted down and they and their families will have their heads mounted on King Badinoff’s throne room walls.

Take the lyrics to ANY “stirring” song of your choice and re-write the lyrics to change your song into a rallying cry for dragons.  Tell the world what a horrible king Badinoff is!  Tell us why dragons are over-taxed and over-regulated – and tell us all the woes they’ve suffered under the Badinoff regime!

Optional: Ordinarily this is a prose fiction prompt.  As such, you may choose to weave a story around your new rallying cry.  Why have your dragons chosen to march in the streets and sing songs instead of burning the kingdom to the ground?  What reactions do the people and the king have?  Does the rally / protest work?

For your inspiration I’m embedding two great examples – Pete Seeger’s version of “Solidarity Forever” and Merle Travis singing “Sixteen Tons”.  [Yes, this song is much older than the version by Tennessee Ernie Ford.]

Queen: We Will Rock You
Joan Jett:  I Love Rock and Roll
Iggy Pop:  Lust for Life
Lenny Kravitz:  Are You Gonna Go My Way
White Stripes:  Hotel Yorba
The Airborne Toxic Event: I Don’t Want to Be on TV
Doctor John: Right Place, Wrong Time
Son House: Grinnin’ in Your Face

Remember: the original song doesn’t need to have anything to do with protest or social causes.  You just need to find something that would be great to sing at a rally.  🙂

If you’d like, you can add a link to either the “old” lyrics or a YouTube video so we can compare the old song and the new song.

When you’re done, TAG the post Fairy Tale Prompt and MindLoveMisery’s Menagerie, and add your link to the Mister Linky widget.  If you can link to this post – allowing a Pingback – that would be helpful too.  We don’t want to miss your post if the widget isn’t functioning properly.