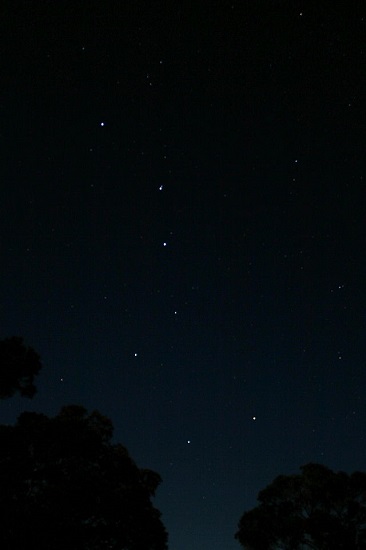 Hello everyone! This is Jen at Blog It or Lose It, filling in at Oloriel’s Tale Weaver’s Prompt.

Not long ago I stumbled across an unusual myth – written in the stars of Ursa Major! (That’s the constellation of The Great Bear, which includes the Big Dipper.)

“The quadrangle represents a coffin and the three handle stars are people following the coffin and mourning. The middle star (really the two stars Mizar and Alcor) represents the daughter and son of al-Naash, the man in the coffin, who has been murdered by al-Jadi, the pole star. Other cultures, too, relate funeral processions to the Big Dipper.” (1)

While this particular story is unfamiliar to most of us, the official names of the stars come from the Arabic language. 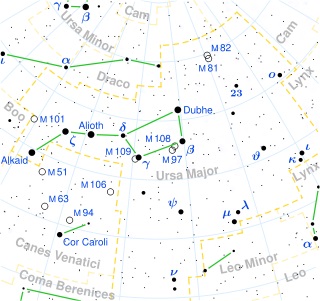 “… In an Arabic story Alcor was the little infant in the arms of one of the “Mourners” – this star Mizar. The constellation of the Great Bear was seen as a funeral procession, around a Bier or coffin. The bier was marked by the Plough or Big Dipper stars on the body of the Bear – Merak [“loin”], Dubhe [“back”], Phecda [“thigh”], and Megrez [“root of the tail”]. The coffin was followed by “Mourners”: the three big stars on the tail of the Great Bear; Alioth [“fat tail”], Mizar [“waist-cloth”], and Alkaid [or Benatnasch, “Chief Mourner”]. These mourners, [and] the children of Al Na’ash, who was murdered by Al Jadi, the pole-star (Polaris), are still nightly surrounding him in their thirst for vengeance…” (2) and (3)

In telling you all of this, I’ve given you a cast of many characters and the basic background for your tale.

1. There was a murder;
2. The dead man’s family (including an infant) and other mourners are following his coffin;
3. Everybody is searching for the murderer. When they find him … look out!

What will you do with this information? I can find no information as to why the man was murdered or if the murderer was ever caught. Here are some questions to guide you as you consider your tale:

1. Why did Al Jadi murder Al Na’ash? What do we know about the two of them as people?
2. Is there a non-stellar reason why these mourners have their names? (Assume they’re not stars. Why would you call someone “waist-cloth”, “fat tail”, or “loin”? (Warn us, however, if your tale will be R rated!)
3. Do the mourners capture Al Jadi? What happens? Does the scene dissolve into vigilante justice? Do they take him to “the law”? What does “the law” look like? How long does it take to find him?
4. In what country does your story take place?
5. Is there special significance to the baby in the story?

Once you’ve written your post please tag: MindLoveMisery’s Menagerie and Tale Weaver’s Prompt, then put your info onto the Mr. Linky app. If you ping us back, we’ll be able to read your post ASAP because we will be notified that you’ve written the post (not so with Mr. Linky).

I love to read...I like to write...I've travelled the world and seen the sites. I'm past my prime and feel so young, especially when near the young. I'm writing this blog, to remember, to think and to share...with the hopes that someone else will make a comment that will stimulate new thoughts and pathways. Actually, I'm a gabber, so the logical extension of gabbing is blogging! ;-)
View all posts by Georgia →

17 comments on “Tale Weavers’ Prompt: The Funeral of Al Na’ash”