Time sometimes appears to be such a trivial thing. It is there and yet, it isn’t. A moment after a moment passes through our hands. We get to live in one, while the other one is adamant and slips away from our reach. Life and death are two realities bound by time, that we can’t escape and neither can we forget about.

My father’s uncle passed away on Friday. I had met him a few times, but it has been a while since I last saw him. When my father informed us about it, I didn’t think much and realized that it is something that will happen to all of us. This time that we have, would cease one day. But later on, I understood the meaning of emotions, when my sister articulated that even though when you know that everyone is going to die one day, we are guided by emotions towards people we encounter in our lives and thus, it is difficult for us to accept their demise at first. In order to shoo away the depressing reality of death and the end, we have built a fictional world where everything is alright at this moment. But it isn’t. My sister was saddened to hear the news of his passing. I feel a fleeting sadness about every death that takes place. And now I wonder: how many people would have taken their last breath since I started writing this post.

I grieve for each one of them.

This week, I would like you to write a haiku or tanka or both…after giving some thought to the three truths: life, death and time. 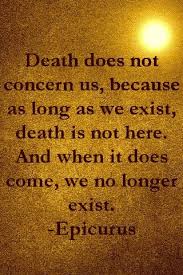 1. Publish a post with your haiku or tanka if you have a blog. If you haven’t got a blog, you can share them in the comments down below. In case you have published a post, you can submit its link in the linking widget.